Gwen Athene Tarbox is a professor of children’s literature and comics studies.  Her scholarly interests combine cultural history, visual theory and children’s literature. She drew on those fields to write her first book, The Clubwomen’s Daughters: Collectivist Impulses in Progressive-era Girls’ Fiction (Routledge), which uncovered the way that the first college-educated, politically-active U.S. women modeled their lives and their interests in series books written for girls—books such as The Nancy Drew Mystery Stories. She has also published essays on 19th and 20th century children’s literature, the comics of Hergé and Gene Luen Yang, young people’s online participatory writing communities, and on the comics of Bastien Vivès. In 2017, she co-edited a book, Graphic Novels for Children and Young Adults: A Critical Collection, with Dr. Michelle Ann Abate (OSU) that was released by the University Press of Mississippi, and in 2018, she will publish Children’s and Young Adult Comics with Bloomsbury Academic. Every month, she and UC-Berkeley doctoral candidate Paul Lai co-host a podcast on children’s and YA comics for The Comics Alternative. You can link to her scholarship and podcasts on her webpage. 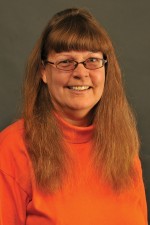 Judy Rypma teaches courses in mythology, folklore, world literature, and literature for children and adolescents. She has offered recent seminars in witches in literature, folk literature and medievalism in children’s literature.  After a career as a travel journalist, Rypma earned an M.F.A. in creative writing at WMU. Her poetry and short stories appear frequently in literary journals. Her latest poetry collection, “Amber Notes”, was recently published by FutureCycle Press. “Rapunzel’s Hair”, an earlier chapbook that features contemporary responses to fairytales won the All Nations Press Chapbook Award. A new collection for children, “Rocks In My Head: Poetry for Young People About Rocks, Minerals, and Crystals”, was just released.  Rypma has served on various WMU committees, including faculty senate executive board, international studies council and  professional concerns committee.

As a board member of the Kalamazoo Russian cultural association, she organizes the academic portion of the Russian Festival held annually on WMU’s campus. Rypma is also the faculty director for the Department of English’s new study abroad program: Russian literature and culture in St. Petersburg, Russia.

Meghann Meeusen teaches children’s and YA literature courses, and her research focuses on adaptation studies and children’s visual culture as well as portrayals of gender in children’s and young adult fantasy.  Meeusen’s work teaching children’s and adolescent literature centers around a desire to continually develop innovative, student-centered pedagogical approaches that focus on the contextual nature of literature, as well as how individuals can become stronger critical thinkers through reading and research. In great part, this means studying the ways that those who write for children and teens infuse ideology into their texts, as well as tracking trends and identifying patterns across a range of historical and contemporary works for children and teens.

Earning her PhD from Illinois State University, Meeusen’s current research explores ideology and binary patterns in film adaptations of children’s texts.  She has also published on young adult dystopia, children’s adapted comics, and critical approaches to YA fantasy.  She currently acts as a liaison to WMU’s College of Education and Human Development, working to aide in the development and assessment of the Elementary Education Language Arts Major as well as fostering collaboration between scholars of children’s literature , English Education, and teaching, learning, and educational studies.